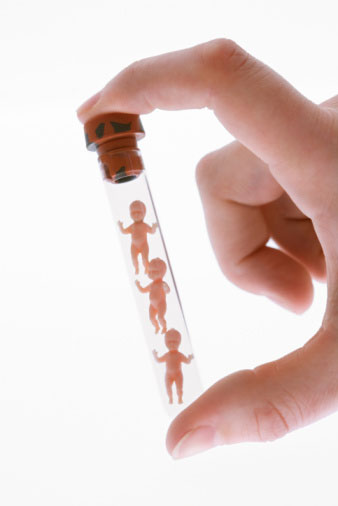 I know what you are thinking. Everyone knows that IVF (in vitro fertilization) costs a whole lot of money, what is this guy talking about.

Sure, the price tag on an IVF cycle is certainly not insignificant. IVF can cost upwards of $20k a cycle when you include medications and other auxiliary services like PGD of ICSI. However, when you compare the costs of IVF to say, other medical/surgical treatments it doesn’t seem all that bad. For example, the average cost of a 30-45 minute surgical procedure in a hospital is about $15-20k. Now this is the billed price, not the negotiated price that people with insurance would be responsible for, but you can start to see where I am coming from here. IVF is not just one single procedure, in fact, there are probably about 20 different services spanning several weeks that go into a full cycle. So when you actually look at what you are getting, IVF can be pretty inexpensive compared to some other procedures.

I know this is a flawed analysis. For one thing, there is a much greater chance that you will have insurance coverage for your surgery in a hospital than you would for an IVF cycle, unless you live in one of the few states with mandated coverage for infertility. Some fertility clinic don’t even accept insurance at all. They expect to collect the money they ask for, and not the much reduced rate negotiated by your insurance company. There are still plenty of people out there who do not have health insurance and would be paying these prices. For these people, having a minor knee surgery would cost more than an entire IVF cycle

No matter how you look at it, the 20ish thousand dollar price tag on an IVF cycle is still a lot of money – at least for most of us. At the end of the day, it does not matter how the price of IVF compares to other medical procedures. The only thing that matters is what the cost of the procedure/service that you need or already went through.

I am really just trying to put things in perspective here – health care is expensive (very expensive for those of us living in the US). If you need to see a doctor, and don’t have insurance – lets hope not! – it is going to cost you. However, there are ways that all of us can save on our healthcare costs. So, like many things in life, it pays to be proactive.

If you haven’t taken the time to read the new Times article on health care costs you should really do so. It is an expose on our nation’s health care system written by Steven Brill. I warn you, it is very long about 24,000 words (the longest article ever published by The Times, in fact). With tons of anecdotes and mountains of data it shows how for-profit hospitals and health care companies are practically robbing us blind. So you might want to set aside a bit of time to work through it. It will open your eyes…

Here are a few snippets from the article.

When we debate health care policy, we seem to jump right to the issue of who should pay the bills, blowing past what should be the first question: Why exactly are the bills so high?

What are the reasons, good or bad, that cancer means a half-million- or million-dollar tab? Why should a trip to the emergency room for chest pains that turn out to be indigestion bring a bill that can exceed the cost of a semester of college? What makes a single dose of even the most wonderful wonder drug cost thousands of dollars? Why does simple lab work done during a few days in a hospital cost more than a car? And what is so different about the medical ecosystem that causes technology advances to drive bills up instead of down?

If you are confused by the notion that those least able to pay are the ones singled out to pay the highest rates, welcome to the American medical marketplace.

The difference between the regulatory environment in the U.S. and the environment abroad is so dramatic that McKinsey & Co. researchers reported that overall prescription-drug prices in the U.S. are “50% higher for comparable products” than in other developed countries. Yet those regulated profit margins outside the U.S. remain high enough that Grifols, Baxter and other drug companies still aggressively sell their products there. For example, 37% of Grifols’ sales come from outside North America.

More than $280 billion will be spent this year on prescription drugs in the U.S. If we paid what other countries did for the same products, we would save about $94 billion a year. The pharmaceutical industry’s common explanation for the price difference is that U.S. profits subsidize the research and development of trailblazing drugs that are developed in the U.S. and then marketed around the world. Apart from the question of whether a country with a health-care-spending crisis should subsidize the rest of the developed world — not to mention the question of who signed Americans up for that mission — there’s the fact that the companies’ math doesn’t add up.

The article has many examples of the madness that is our health care system. Routine double billing and overcharges on basic items is the norm. Huge profit margins in non-profit hospitals and CEO and administrators making hundreds of thousands or even millions to run them. What you will read will undoubtedly have you wanting to beat your head in the wall about the sheer scope of what is considered good business in healthcare.

Here is Brill conclusion, that sums things up pretty well.

Obamacare does some good work around the edges of the core problem. It restricts abusive hospital-bill collecting. It forces insurers to provide explanations of their policies in plain English. It requires a more rigorous appeal process conducted by independent entities when insurance coverage is denied. These are all positive changes, as is putting the insurance umbrella over tens of millions more Americans — a historic breakthrough. But none of it is a path to bending the health care cost curve. Indeed, while Obamacare’s promotion of statewide insurance exchanges may help distribute health-insurance policies to individuals now frozen out of the market, those exchanges could raise costs, not lower them. With hospitals consolidating by buying doctors’ practices and competing hospitals, their leverage over insurance companies is increasing. That’s a trend that will only be accelerated if there are more insurance companies with less market share competing in a new exchange market trying to negotiate with a dominant hospital and its doctors. Similarly, higher insurance premiums — much of them paid by taxpayers through Obamacare’s subsidies for those who can’t afford insurance but now must buy it — will certainly be the result of three of Obamacare’s best provisions: the prohibitions on exclusions for pre-existing conditions, the restrictions on co-pays for preventive care and the end of annual or lifetime payout caps.

Put simply, with Obamacare we’ve changed the rules related to who pays for what, but we haven’t done much to change the prices we pay.

When you follow the money, you see the choices we’ve made, knowingly or unknowingly.

Over the past few decades, we’ve enriched the labs, drug companies, medical device makers, hospital administrators and purveyors of CT scans, MRIs, canes and wheelchairs. Meanwhile, we’ve squeezed the doctors who don’t own their own clinics, don’t work as drug or device consultants or don’t otherwise game a system that is so gameable. And of course, we’ve squeezed everyone outside the system who gets stuck with the bills.

We’ve created a secure, prosperous island in an economy that is suffering under the weight of the riches those on the island extract.

And we’ve allowed those on the island and their lobbyists and allies to control the debate, diverting us from what Gerard Anderson, a health care economist at the Johns Hopkins Bloomberg School of Public Health, says is the obvious and only issue: “All the prices are too damn high.”

For a little more levity on the situation you can watch Steven Brill on a recent daily show. Daily Show (link for the full episode)